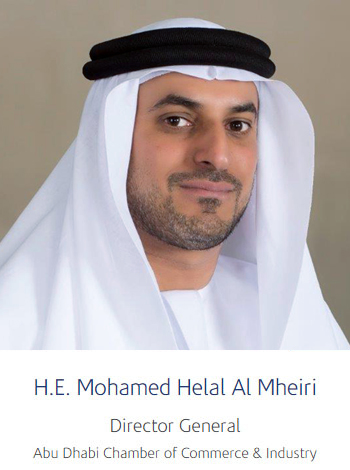 Over the past 15 years, Sheikh Khalifa Excellence Award (SKEA) has contributed to developing the performance of companies and establishments operating in the UAE and to increasing their productivity and profitability.

What emphasizes on the huge impact of SKEA during the past years in spreading the culture of quality and excellence across the country, is the steady growth in the number of participants every year in all the categories of the award. Even assessors witnessed a considerable improvement in the level of the participants performance which pushes towards increasing their competitive capabilities and entering regional and international markets with higher qualities and lesser costs.

Over the past years, Sheikh Khalifa Excellence Award has always been present regionally and international thanks to its excellent administrative structure which was drafted according to the most recent practical and scientific experiments in this regard as well as the excellence model which is the most adopted in the European Union.

All that helped in providing proper means and mechanisms to transfer the knowledge and to lay out a clear map for all the participating companies in the programs and activities of SKEA.

SKEA is not a narrow competitive framework which some companies win and other lose, but on the contrary, SKEA is a complete development approach that helps all participants to adopt the principles of comprehensive quality, excellence and its applications in their businesses.

The real prize which all participants gain, even the winners, is the technical and characterization reports which form the mirror of their real quality and excellence and which contestants can view themselves in it to identify the points of strength and to work on enhancing them - as well as the opportunity of development and improvement - and not the points of weakness - to lay out different plans and programs that fill the gaps. The reports also help in formulating a futuristic vision and mission for companies so all would concentrate on excreting all available capabilities to achieve such visions.

One of the most important accomplishments made by SKEA over the past years might be the human development and habilitating huge numbers of managers and directors of companies in the private sector through listing them in Quality and Excellence Ambassadors Training Programs or as assessors for the award. SKEA has now more than 500 assessor trainees, 200 of whom are UAE nationals who are qualified assessors who can perform their roles whether at SKEA or other international awards.

No doubt, all that contributed actively to spreading the culture of comprehensive quality and excellence among all companies of the private sector in our country.

Hence, honoring all these accomplishments is linked to the name of His Highness Sheikh Khalifa, President of the UAE, to emphasize on what the higher leadership in the country is giving from care and encouragement for such a civil approach.

On behalf of the Abu Dhabi Chamber, I am honored to express my utmost thanks and sincere appreciation to His Highness Sheikh Khalifa Bin Zayed Al Nahyan, President of the UAE, for his continuous support for SKEA and the Chamber, and to His Highness Sheikh Mohammed Bin Zayed Al Nahyan, Crown Prince of Abu Dhabi and Deputy Supreme Commander of the UAE Armed Forces, for his continuous support, encouragement and follow up for the activities of SKEA which enabled it from realizing its objectives and contributing to developing the performance of the companies of the private sector in Abu Dhabi and supporting the comprehensive and sustainable development process in the emirate.